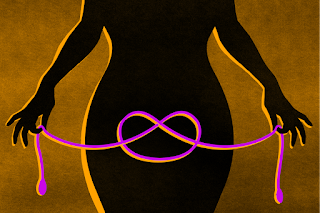 For women who have had a vaginal delivery, post partum sterilization is performed by making a small incision in the abdomen (a procedure called minilaparotomy). For women who have had a c-section, postpartum sterilization can be done through the same abdominal incision that was made for delivery of the baby. The fallopian tubes are brought up through the incision. The tubes are cut and closed with special thread or removed completely. The incision below the navel is closed with stitches and a bandage.

Patient’s feel no pain during the procedure. The type of anesthesia used for the delivery can be used for postpartum sterilization. Types of anesthesia used include epidural, spinal, and general anesthesia. Medication is given to keep patients in minimal pain afterward. The operation takes about 30 minutes. Having it done soon after childbirth usually does not make your hospital stay any longer.

In general, sterilization is a safe form of birth control. It has a low risk of complications. The most common complications are those that are related to general anesthesia. Other risks include bleeding and infection. Side effects after surgery vary and may depend on the type of anesthesia used and the way the surgery is performed. Dizziness, nausea, shoulder pain, abdominal cramps a gassy or bloated feeling are common side effects but are usually minor.

You should avoid making this choice during times of stress (such as during a divorce). You also should not make this choice under pressure from a partner or others. Research shows that women younger than 30 years are more likely than older women to regret having the procedure. If there are serious problems or complications with the baby, you may want to think about postponing postpartum sterilization. If you choose to have sterilization and you change your mind after the operation, attempts to reverse it may not work. After tubal sterilization is reversed, many women still are not able to get pregnant. Also, the risk of problems, such as a such as a tubal pregnancy, is increased. Finally, long acting reversible contraceptives are an alternative to sterilization.
at October 07, 2016 No comments: 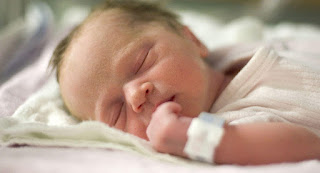 Dr. Max Izbicki
Chicago, IL, United States
Dr. Max Izbicki is an obstetrician and gynecologist in Chicago, Il. Experienced in low and high-risk obstetrics, he administers individualized pregnancy care, from the first prenatal visit through the postpartum period and beyond. He also provids the full spectrum of gynecological care. Skilled in minimally invasive gynecological surgery, he offers laparoscopic and vaginal hysterectomy as well as endometrial ablation, among all medical and surgical options for women with heavy and abnormal uterine bleeding. Along with permanent contraception through hysteroscopic or laparoscopic tubal ligation, Dr. Max Izbicki provides all forms of long acting reversible contraception, including the Nexplanon contraceptive implant and intrauterine devices. Dr. Max Izbicki belongs to the Association of Advanced Gynecological Laparoscopists, the American College Obstetrics and Gynecology, and the American College of Osteopathic Obstetrics and Gynecology. Dr. Izbicki maintains affiliation with Norwegian American Hospital where he delivers emergency obstetric treatment as an obstetric hospitalist. Dr. Izbicki is also involved in teaching medical students and residents.